Llagunes, Valls de Siarb, CATALUNYA: Conservation of ancient paths and discovery of an unusual valley in the Pyrenees (27 setembre – 9 octubre) 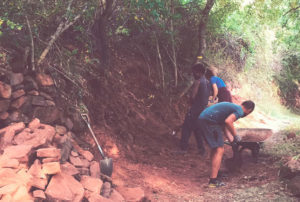 Description: If you like nature, trekking, teamwork and manual work this camp is for you! The purpose of this workcamp is to recover and maintain the ancient paths of Vall de Siarb, a very unique and interesting valley in the heart of the Pyrenees. These paths were used during many centuries until 1960-70. They represent a huge heritage and we want to keep all of them in the valley as an open air museum.

Type of Work: There will be all kinds of tasks regarding recovering and improving of old paths: clearing paths, rebuilding dry stone walls, putting astones aside, improving trail signs with paint and pavement stretches of trails. We spend all the working hours (4 hours) in the nature, surrounded by forests, fields, etc. The work is very manual and physical. The project is flexible with the needs of the group, with flexible dates, amount of work, combination of activities. 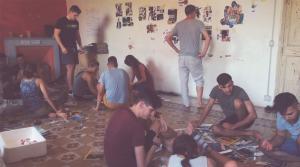 Description: This work camp will be held on a young prisoner’s center. These young adults are between 18 and 25 years old. They are sociable, motivated and every day they’re developing their personal, social and professional skills. Having international volunteers working directly with them has mutual benefits. From one side, beneficiaries will enjoy meeting new people, get heard, share their skills and talents. From the other side, volunteers will have the opportunity to question some of their stereotypes, be critical about the justice system and their own privileges.

Type of Work: International volunteers will work on social and educational activities. The idea is to organize recreational and sports activities and various artistic and creative workshops, looking for more original and innovative proposals than are usually carried out. It will be a time to develop intercultural activities, share experiences and learnings. Volunteers can offer their knowledge by organizing interesting workshops. If you need extra material let us know in advance. Make it fun, creative and enjoyable for everyone. Volunteers could possibly develop the activities together. The time of the activities in the center: Starts at 8.30h – ends at 14h. A possibility to organize afternoon activities.

L’Anoia, CATALUNYA: Eixarcolant – another food model system is possible. Horticulture and reconstruction in the orchards of Jorba (19 – 30 octubre) 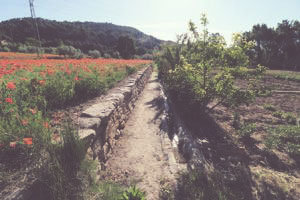 Description: Eixarcolant Collective is a non-profit organization whose aim is to transform the model of production, distribution and consumption of food towards a more sustainable and just. The methods we use to achieve it are conservation and growing of edible wild species and traditional crop varieties, providing training and dissemination, finding solutions and lifestyle alternatives through applied research, revitalization planning, awareness and advocacy.

There is no specific knowledge required apart from the willingness to learn about plants, crops and work in the countryside. If you are interested in nature preservation, alternative lifestyle, plants and crops cultivation, a well as you are into teamwork and manual work this is your camp!

Type of Work: The first part of project is the recovery and revitalization of orchards in Jorba, where volunteers will do tasks connected to the reconstruction such as preparing dry stone huts, opening old ways now lost. Participants will also have a chance to interact with children from local school and assist them in work related to maintaining green area. The second part of project is focused on the seeds of traditional crop varieties and wild species, where volunteers will assist in various tasks of plantation and growing of the crop species, also collecting the seeds and their subsequent processing. 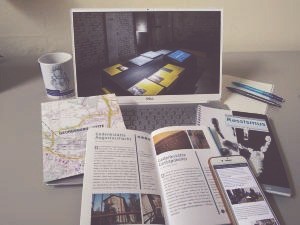 Description: For 20 years, an association of committed citizens has been working through the traces of forced labour under National Socialism and international prisoners in the then “Arbeitserziehungslager Ohrbeck” (AEL) – a Gestapo concentration camp – to redress the effects of forced labour. From January 1944 until the end of the war, more than 2,000 prisoners, including numerous people from the Netherlands and the former Soviet Union, had to work here for a steel factory, clearing rubble and clearing bombs. Many lost their lives in Gestapo custody. Most of the forced labourers came from the Netherlands and the Soviet Union. Their punishment also served as a deterrent for over 25,000 forced labourers in the Osnabrück region, half of whom came from the Ukraine, Belarus and Russia.

Type of work: On the occasion of the 75th anniversary of the end of National Socialism and the war, the volunteers have the opportunity to make the stories of the often forgotten millions of forced laborers and the hundreds of thousands of AEL prisoners visible through. Together, they are preparing the story of a Ukrainian prisoner of AEL. They each write text fragments of a biographical interview with the former forced labourer, help with translations where possible, put the fragments together online and thus jointly trace the biography of this person in order to preserve it for the future. The joint project of the volunteers will be included in the memorial’s exhibition and thus serve further documentary and educational purposes.