In 1945 the recreation centre “Heideruh“ was built by antifascists to support the victims of the Nazi regime and children liberated from the concentration camps of Bergen-Belsen and Neuengamme. After gruesome years of fascist dictatorship, relatives, survivors and friends built a place of refuge amidst woodland where they could regain strength to continue their fight for a better world. The volunteers will work in Maintenance and extension of the “barefoot walking path” and the “all generations” playground, mainly work with wood.

Berlin IGA (Berlin) (19.10.2016 – 29.09-2016)
he Internationale Gartenausstellung 2017 (IGA 2017) is an international horticultural exhibition that will be organized in the German capital Berlin in 2017. The 2017 International Garden Show in Berlin is to start in April 2017. IGA will open its doors for around 170 days. Some 2.4 million visitors are expected until the exhibition closes in October. ou will help to prepare several parts of the gardens; you will plant basic plants, prepare the soil for cultivation and do other works to prepare the garden for the big event in 2017

Green Belt Camp Northern Weinviertel (South Moravia) (20.09.2016 – 25.09.2016)
In the European Green Belt along the border between Austria (Northern Weinviertel) and Czech Republic (Southern Moravia) we find a lot of nature-near species-rich dry grasslands that are heavily endangered. These grasslands are the habitat of a lot of different rare species, like the butterfly Mountain Alcon Blue (Phengaris rebeli), that is listed as an endangered species by the IUCN. International and local volunteers from Austria and Czech Republic in this camp will help mowing steep meadows and remove bushes from dry rocky grasslands, that are threatened to be over grown by bushes and trees. So they will contribute actively to preserve endangered species.

Community housing Benediktus (12.09.2016 – 22.09.2016)
Benediktus is a small NGO that builds a community for people with mental disabilities in a village in elezné hory (Iron Mountains) in the centre of the Czech Republic. People with and without disabilities live together here and reconstruct this historical place in the spirit of traditions, handicrafts, and cultural legacy of our ancestors. Through life in community they strive to find and show the uniqueness of every single person. The community provides social services, creates sheltered employment (pottery, weaving and basket weaving workshops, fruit and herbs drying kiln) and supports local cultural and spiritual heritage.

SUMA SUMARUM, Veliko Gradiste (12.09.2016- 26.09.2016)
This is the third time NGO Youth of JAZAS Pozarevac organises a workcamp in their region. They are selected for 7 years back as a resource center of the Ministry of youth and sport of Republic of Serbia. Volunteers from abroad and other parts of Serbia will work on planting trees in the surroundings of the Silver lake, one of the most beautiful lakes in Serbia, cultivating green areas and erecting a greenhouse for vegetables later to be cultivated by the residents for the nearby center for people with intellectual disabilities.

Sombor Children’s Week, Sombor (01.10.2016 – 10.10.2016)
Sombor Education Centre (SEC) is an organization established in 2009 aiming to work on the development of the position of children, youth and marginalized groups. Step by step we have developed as well, and we can say that currently SEC is one of the most attractive organizations in this part of Serbia when it comes to youth and children. Volunteers will design and implement workshops and other activities for children (creative workshops, quizzes, etc.), and all within the traditional manifestation.

Moldox: International Social Change Documentary Film Festival (24.09.2016 – 29.09.2016)
The festival will create the context for a broader space of communication and dialogue about the social problems characteristic of the citizens of the Republic of Moldova, whose rights are not respected and voices often not heard. The festival

will take place in the town of Cahul, located in the South of Moldova, a strong cultural and socio-economic center. The duration of the festival will be 5 days long and will host parties, music concerts, social theater performance, photography exhibitions, films and thematic workshops.

Camas Garden Week (24.09.2016 – 30.09.2016)
Camas is a residential outdoor centre secluded away down a mile and a half of track. We run off solar and wind energy, and live together as a community. We share common daily tasks such as washing up, cooking and cleaning, as well as daily reflections which can vary from silent ‘sit spot’ to a jump in the sea! We have an extensive vegetable garden which provides a lot of our food, as well as being a place of learning and discovery.

Sur, which means “fortress walls” in Turkish, takes its name from the centuries-old walls encircling the old city of Diyarbakir, which was added to UNESCO’s World Heritage List last year, shortly before the unrest broke. Home to some 125,000 people, half of them residents of the ancient walled city, the district is dotted by numerous historical monuments and houses of traditional architecture. Volunteers will work in ‘Sur’ town of Diyarbakir. There are was a conflict (almost a civil war) between armed Kurdish youth and Turkish Security Forces for months. After 103 days curfew and conflict; hundreds people lost their lives, thousands people lost their houses, hundreds buildings were ruined and more than 10.000 children couldn’t go to the school for months. 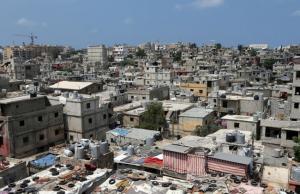 Each year, during the third week of September, Palestinians, Lebanese, as well as international supporters, pause to reflect upon and commemorate the victims of one of the twentieth century’s most horrific and cynical crimes: the Sabra-Shatila massacre that took place in September 16-19th in Beirut. This year’s commemoration is impacted by local and regional conditions and political developments: the civil war in Syria forced Palestinian refugees into Lebanon, embittering the socio-economic status within the refugee camps.

Jaguar de Madera “Bicimaquinas” (07.10.2016 – 21.10.2016)
The project Jaguar de Madera it’s an educational center of eco-technologies established in 2007 in order to promote the bio-construction, permaculture, carpentry and cultural exchange. After a process of rescue and cleanup of a vacant lot and the support and collaboration of other organizations, it was carried out the rehabilitation and construction of what would become a training center for use and application of various alternative technologies for recycling materials and natural resources.