Ratherford Mwaruta is member of the Zimbabwe Workcamps Association. This organisation was founded in 1993 in this Southern-African country as a space “open to anyone regardless of nationality; religion; race; political view or educational qualification”. Ratherford visited SCI Catalunya in May 2019 to do a job shadowing and to exchange good practices between local and international organizations. ZWA is a southern african SCI International’s partner, and they are organizing five workcamps this summer.

In which projects are you currently working on in the Zimbabwe Workcamps association?
We work with local communities who tries to produce their local food, with local methods, instead of the conventional system of farming which uses a lot of pesticides and fertilizers. We put the focus on producing more sustainably, going back to the traditional ways of doing to reinforce the resilience of the areas.

We also have projects focused on mitigating climate change and global warming. We do raise awareness a lot, trying to recover the local indigenous knowledge about the traditional way of managing our environment.. It’s difficult, but we hope to continue with the efforts involving the local community. As a matter of fact we are also working with the traditional leaders of the local communities who have the custody of the land, to spread the awareness among the inhabitants.

Moreover, we have projects focusing on the homecare of children. In Victoria’s Falls, we have some children who have lost their parents because of the HIVS. They need attention, they need to play games, to laugh, that someone cares for them. We do a lot of activities with them during the day, and we work not only to cover they basic needs, but also in a way which allows to develop themselves. It is very positive to have volunteers who are creating this opportunities for the young people.

Who are the people you are working with?
We work mostly with young people, from 18 to 35. But we also have youngsters from 16 and 17, who participate in the national workcamps, because they can’t go abroad yet due to the law.

The youth are basically the custodians of the organization. We are register as a Youth association in the Council of Zimbabwe. In fact our projects consist in integrating the youth and the community development, because they are a very important part of the community.

Nowadays, among the people who are participating in the association, approximately 40% are women, and 60% are men. That’s because of the inequalities of the system. But the things are changing. It is a process, but now the number of women coordinating the projects has increased. Something is changing for the better. 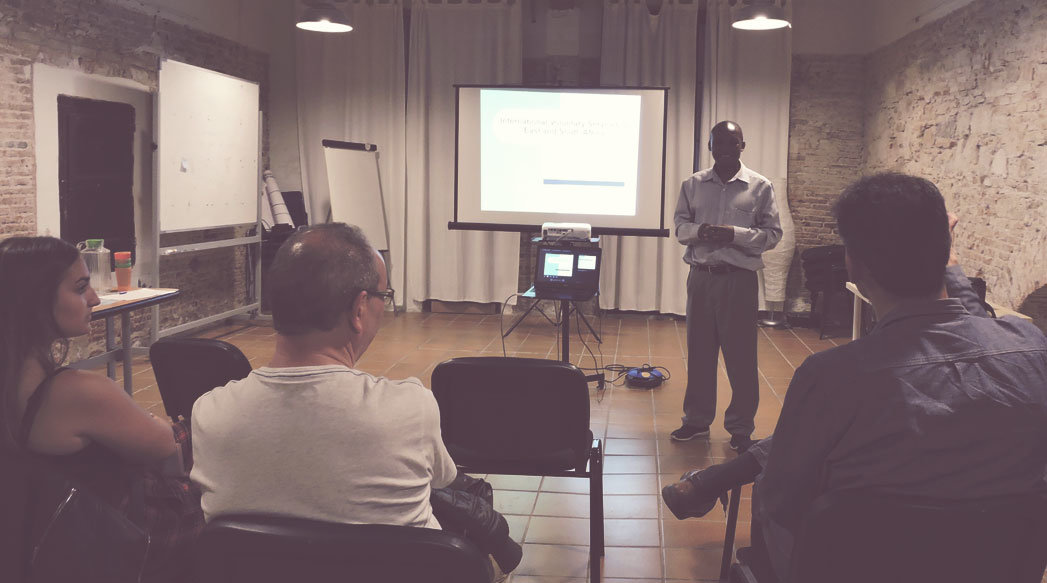 How is the impact of the international volunteering for the communities and for the volunteers?
The impact on the volunteers is an important question, because if you don’t take it into account, the quality of the project could be compromised. When a volunteer select a workcamp, the most important thing is the expectation and the motivation. Especially some of the volunteers who are going to Zimbabwe, most of their motivations and expectations are linked with academical development or their future career. In these cases most of their expectation are met. They manage to get the experience they want. Because you put the theory into practice. But there are some volunteers, especially those who apply late saying that they want to go to “Africa” and they want you to find “any project”. With those volunteers sometimes we have problems because they haven’t had a training, they don’t know what are there expectations. They just “want to go to Africa”.

Our communities are benefiting a lot from the international volunteering. For the last couple of years, Zimbabwe has being facing a lot of economic challenges and the government can’t afford to do everything, so they need us, the civil society, to complement the efforts. In most of the projects we are working on there is a need. In the case of the Tose Respite Care Home project, there are some people with multiple disabilities who can not do things by themselves, and they need assistance 24h. So the international volunteers are an extra hand to help the community. We find the same situation in the projects about sustainable food production. The community, needs this. It’s important, not only for them, for their health, but for the environment as well. In this environmental workcamps projects the commitment is benefiting the local and the global level. It has an impact in Zimbabwe, but it also has an impact on the rest of the world. It is a shared benefit.

The cultural exchange is also something that benefits the volunteers and the local community. Young people in Zimbabwe or Mozambique have a perception about Europe. But when they live with young european, doing almost the same activities the perception changes. As well as for the european people who are coming to Africa it is an opportunity to learn from local communities. This is cross cultural understanding and learning. 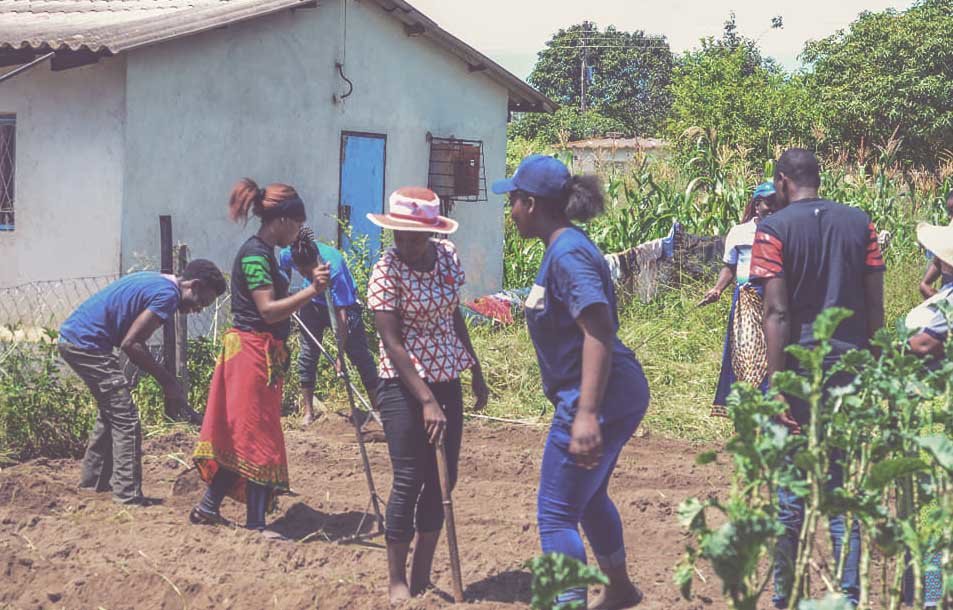 Do you send volunteers to participate in workcamps in other countries?
We do send some, but the number is a bit limited. We have a Southern African workcamps agreement that enables us to strengthen south-south exchanges. It consists in, for example, that when we send volunteers to Mozambique, we only have to provide their transport and our partner in Mozambique will take care of them. And it will be the same if our partner organisation in Mozambique sends us volunteers. That’s why we have more volunteers going to Southern African countries but not so many in Europe. In this case, we mainly have parternships with some french and german organizations.

Which are the challenges that your organizations is facing related to international volunteering?
There are quite a number of challenges in the voluntary service. The need of recognition may be one of them. The government doesn’t take the voluntary organizations seriously, and this eventually becomes a difficulty, because we need support. The funding is very limited for most of the african organizations, and there are projects that need a lot of money. Another challenge that we are working on is the gender inequalities. If you are travelling around Africa you will see that most of the workcamps are dominated by men. They tend to dominate because they have more opportunities than women. Most of the times, women want to participate, but once they’re married, sometimes their husband don’t allow them to participate because… who will take care of the kids? For us it is a big challenge to change. We are training young ladies to take their potential, to be a communitary activist, but once they are married they lose all of this. We are losing a lot of potential, but we can not change this in one day, it’s a whole process to change the society.

Let’s talk about “voluntourism.” What is its impact in your communities?

For us it is a problem in terms of competition. Most of the time these organizations are talking on behalf of us. They sell what we are doing, but they are not doing it. And in this situation we claim our space. We should become more visible in our communication. If we don’t communicate, volunteers won’t know about us. There’s nothing we can do with voluntourism, it exists, and we can’t stop it .. Both (us and them) are giving the opportunity to go to Africa, but we should explain what makes the difference. With this guys (voluntourism organisations), you apply today, tomorrow you’re going to be accepted, the day after you’re on the plane and you probably don’t know anything about the workcamp. Do you think you are ready for the project?

We should communicate what we are offering, which is trying to give you the possibility to be part of a good development practician in Africa. We have to train the volunteers to prepare them for the challenges they may find, and to be ready to handle the cultural shock. If you are sending a volunteer who is not prepared, it could become a bad experience for the volunteer but also for the local community, the relation can be very bad. Volunteers who are not trained sometimes can not understand the challenges and they come thinking that they know better than us and they are not open to sharing and exchanging. In this case, there will be a conflict. It can also have an impact on the volunteer’s expectations, because honestly speaking these projects are not community driven, but it is profit driven. So it’s not about expectations, is not about the community, it’s all about the money. We have to tell volunteers that what we are doing is not about the money, it’s about personal and community growth and development. 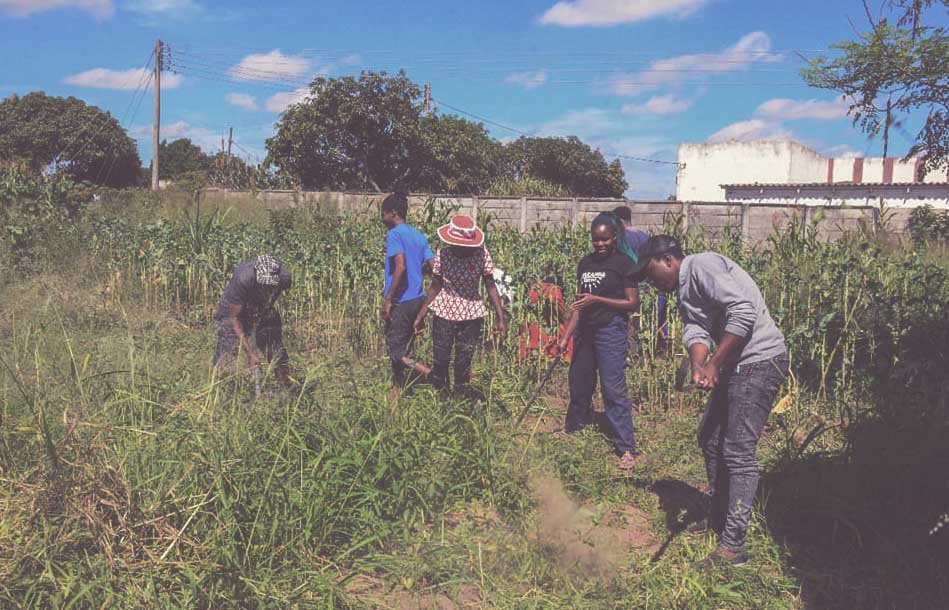 Why do you think that some organizations continue to victimize the countries of Africa, showing a distorted image like only poverty, etc? What can we do from here to break those stereotypes?
When people go to Africa they have this perception. They read a lot, they do a lot of research before. But when they finally go to Africa, because they want to reproduce what they have learnt, they don’t let us to tell our own story. They have seen this pictures which probably are very popular on instagram, of young kids, some of them naked and in poor circumstances. I think there’s a chance to improve it. Instead of focusing on the extreme pictures, which are also there, we should focus on the pictures of people working to change the reality of those pictures. We need more pictures that tell our stories, the real ones. If you sit on the ground and young people come and sit with you and then you take a picture, it is not telling our story.

What advice would you give to someone who wants to go to an african country as a volunteer?
If someone is going to come to Africa to do a workcamp I would say that they should be flexible,open-minded and willing to see our culture with different eyes. You shouldn’t go there and compare, you should go there with nothing in mind. That would help you not to have a cultural shock. If you go there with a close bag and expecting to see “this and this and this”, if your expectations are not met, you won’t enjoy the experience. An another thing is, if you go to Africa as a volunteer you should know that you are not going to end the poverty. You’ll contribute to the community development and to complement the efforts that local organizations are doing. We also advise them to be well trained before they leave and also to request an arrival orientation to the local organizations. And finally, they should use their eyes to see, theis ears to listen, and use less their mouth. That’s the way they will learn. Because, if you talk too much, you don’t hear, you don’t understand and you don’t learn.