SCI Hellas, as coordinating organisation, along with SCI Catalunya, SCI Italy, and OWA Poland, as partner organisations, implement the three study camps on the impact international volunteering has had throughout the years.

The project “Volunteering vs Violence” aims to give the participants all the tools necessary to understand the relevance of international volunteering, especially in times of conflict or change.

The 3 study camps that were organized in the three respective countries, had different activities and focused on a different time frame: from 1920 to 1945 for Catalunya, 1945-1990 for Italy, and 1990-nowadays for Poland. The camps had as an objective the study of the development of the international voluntary service and volunteering; visits to voluntary-based facilities, active participation in the organizations’ events, making research on past volunteering experiences as well as interviews with past volunteers and discussions on these topics are examples of the kind of activities participants took part in. 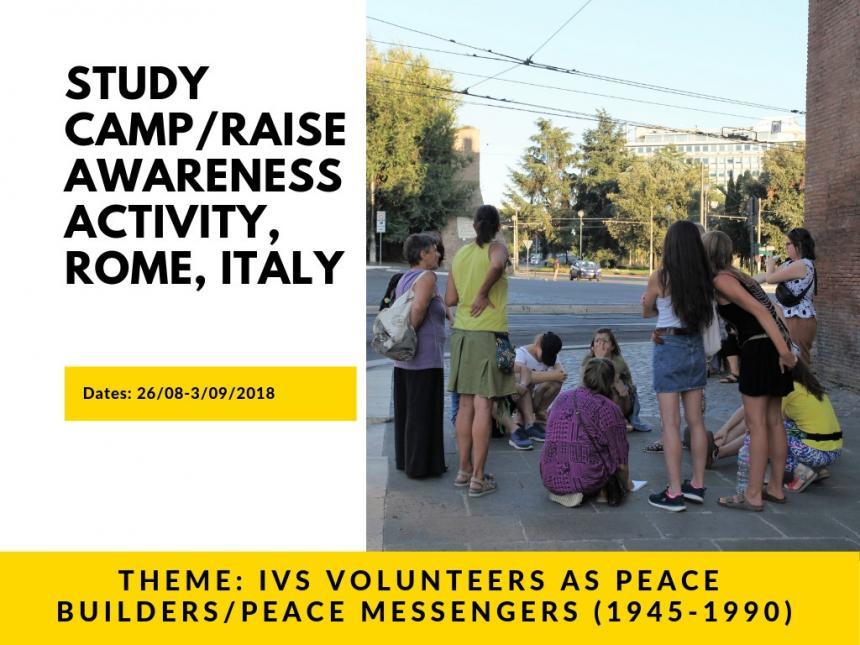 The first study camp of VVV took place in Rome, Italy from 26th of August 2018 to 3rd of September 2018. IVS volunteers as Peace Builders/Peace messengers (1945-1990) in Rome focused on the history of peace-building and peace promotion through antifascism as an opposition to the most important ideology and political practice of violence in post-war Europe. More photos from the camp here.

In the framework of the study camp the participants created three videos:

The first one is VVV Renoize, da Focene a Roma #ionondimentico
The second one is Donne diverse, la stessa resistenza
The third one is San Paolo, il quartiere che resiste 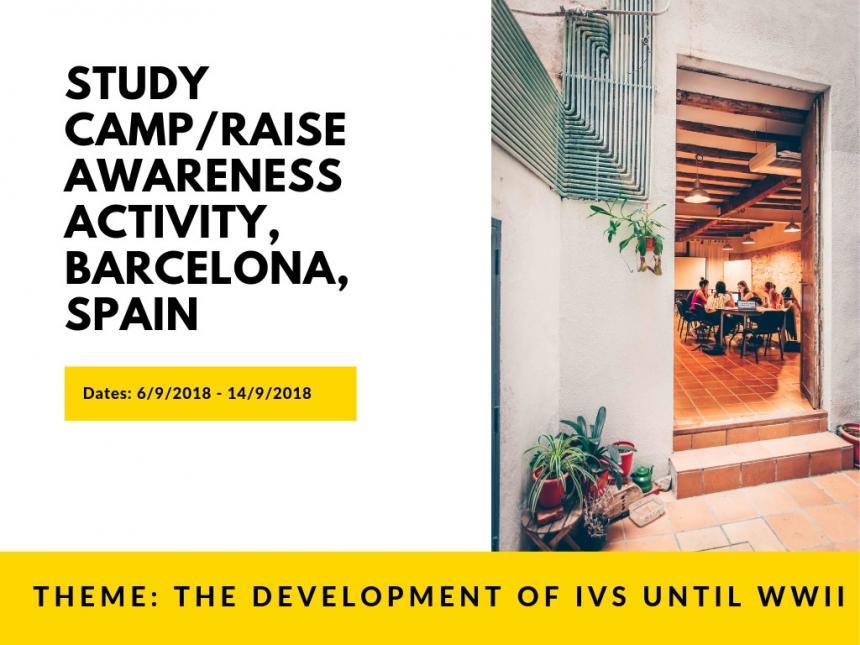 The second study camp of VVV was held in Barcelona,Spain from the 6th to the 14th of September 2018. The study camp focused on how SCI was responding to international conflicts in the early twentieth century and especially SCI’s involvement as a volunteer organisation in the Spanish Civil War. More photos from the camp here

In the framework of the study camp the participants created two newsletters. You may read the newsletters here : Newsletter 1 and Newsletter 2 “Pacific Movements” 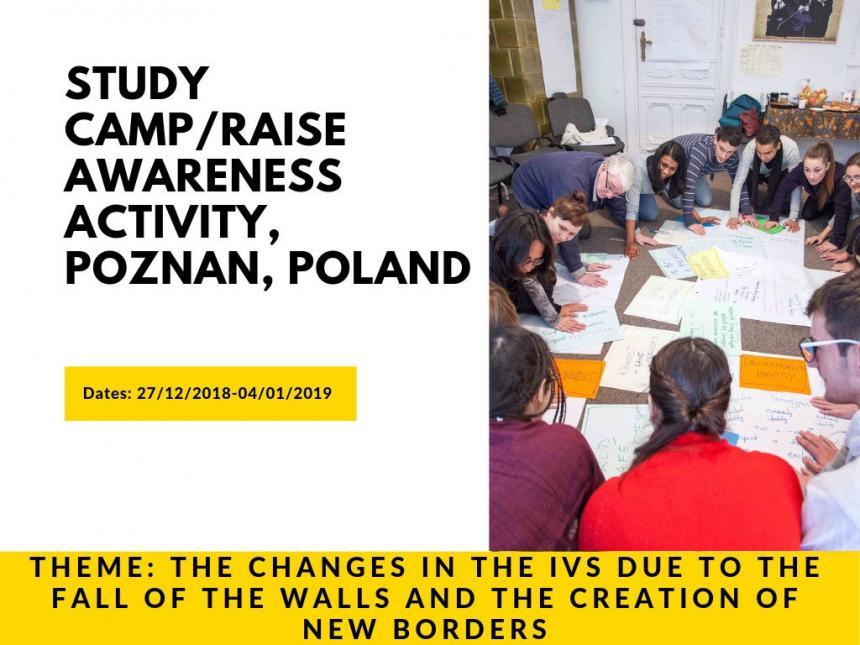 The third study camp of VVV took place in Poznan, Poland from the 27th of December 2018 to the 4th of January 2019, organised by OWA Poland. The participants focused on the changes in the international volunteering service (IVS) movement after the fall of the wall and the creation of new borders. They studied the impact of volunteering actions on building dialog/new links/peace cooperation/ between Western and Eastern Europe. And also the beginning of Polish branch and its development from 90’ties to nowadays.

More photos from the camp here 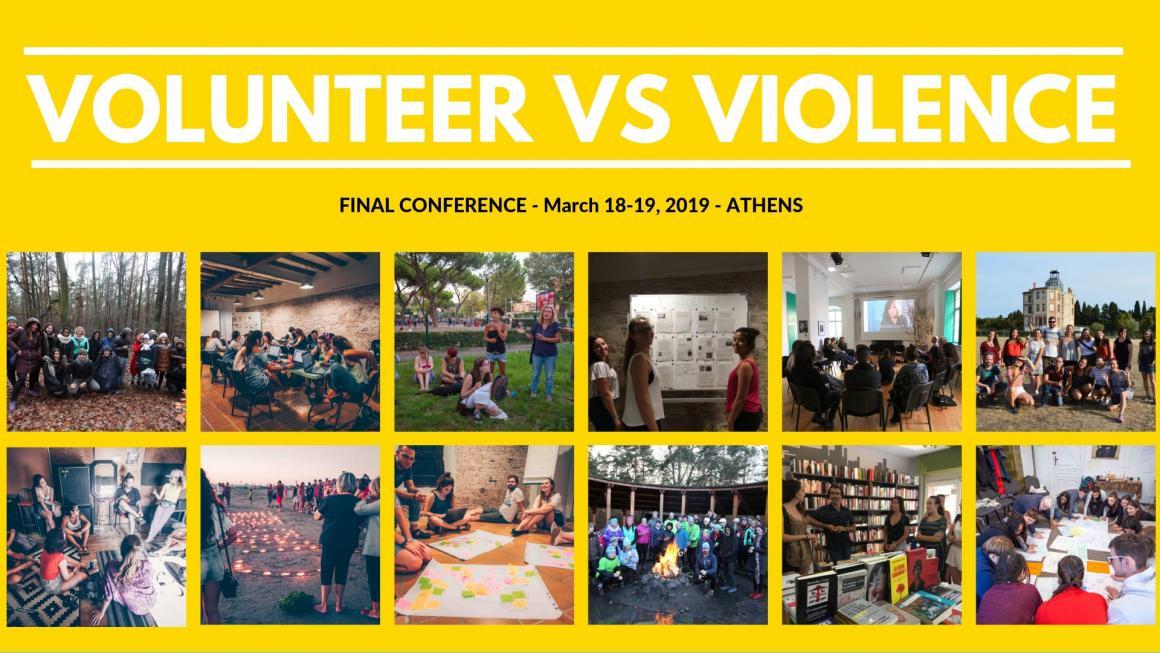 The Final Conference was held in Athens in March 2019 to present, share, and discuss the results of the project.

In the Final Conference participants revisited their historic knowledge of IVS and SCI and went on to discuss IVS wholly and focus on the evolution of the international voluntary service and the concept of volunteering involved. The IVS volunteer as Peace Messenger was in the core of the discussion along with the history of peace-building and peace promotion during the international conflicts of the early twentieth century versus antifascism and the political practice of violence in the areas of concern.

Timeline -The Past and the Future of Volunteering

Moreover, the present of the concept and practice of volunteering was discussed in terms of the Eu funding and procedures. The participants also had the chance to watch the theatrical performance of the volunteer theatrical group Coexistence is Possible, where young people with an immigrant/refugee background staged their stories of (non) inclusion in the Greek society in an interactive and exciting manner. Durinmg the second day of the conference participants tried to answer the question whether IVS constitutes a movement and focused on the concept of volunteering in the future as well as the changes of the IVS perception in the setting of the EU. They also shared their personal experiences and the extent of the influence volunteering has had on their lives as citizens, individuals or else.

Video of the project “Volunteering vs Violence”

Information on the project “Volunteering versus Violence”